Ellis Island: Searching for lost relatives who left a turbulent turn of the century Europe behind

From 1892 to 1924, Ellis Island, a 27 acre island owned by the US federal government, was the busiest immigration inspection centre in the USA. It’s estimated that approximately 40 per cent of American citizens, alive today, have ancestors that arrived in the USA via the island. Referred to as the “Gateway to the New World” in the early 20th century, the island lies in New York harbour a few hundred metres from the east New Jersey shore. In 1998, a U.S.Supreme Court ruling, split territorial jurisdiction over the island. The northern half of the island is within the boundary of New York State. The southern half is part of New Jersey.

The History of Ellis Island and U.S. Immigration

Twelve million immigrants arrived at the island, by ship from Europe, many escaping persecution, war and famine. When the immigration processing centre opened in 1892, the main flow of migrants into the USA was no longer from the north and west of Europe. Fewer immigrants arrived from the UK, Ireland, Norway, Sweden and Germany, as the number of migrants from the south and east of Europe, called the second wave, greatly increased.

The Second “Wave” of Migrants 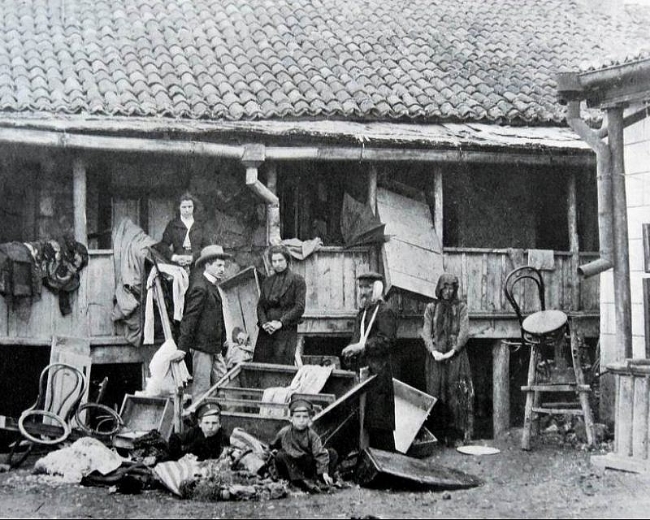 Among this new wave of migrants were Jews escaping the pogroms, the widespread horrifying, barbaric anti-semitic riots that swept the across western and southern provinces of Russia following the assassination of Tsar Alexander II in 1881. The Russian government and press falsely claimed the assassination was the result of a Jewish conspiracy, sparking the pogroms that continued, periodically, up until 1921.

Hundreds of Jewish villages were burned down by vicious peasant mobs, or by Russian soldiers, taking the lives of 70,000 to 250,000 Jews, and leaving over half a million homeless. 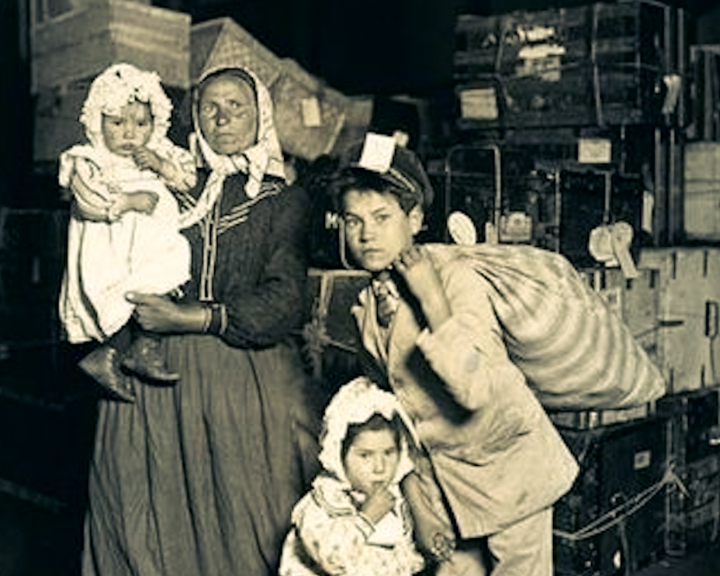 Italians, fleeing poverty, were also prominent in the new generation of migrants. By 1924, when the Ellis Island immigration centre closed, more than 4 million Italians had come to the USA. Between 1890 and 1920, about 80% of Italian immigrants were from the south of Italy. In the south, the economy suffered from an influx of cheaper goods from the north after Italian unification, in 1871, causing industrialisation to slow and increasing unemployment.

Population pressure also increased, making land scarce, forcing more people to either emigrate or become landless peasants, that were easily exploited and controlled by landlords, the Latifondisti. The Latifondisti backed by the mafia, held sway, in many areas, and along with other economic factors helped force down wages even further through threats and coercion.

Low wages, organised crime and brigandage were persistent problems, that the system of Latifondisti patronage maintained or provoked. The south, lacked government resources, political authority and a police force that couldn’t be intimidated or bribed to deal with the land owners and the organised criminals they hired. The Latifondisti managed to exert control over large areas of the south until well into the 1970s.

The government also alienated southerners by trying to turn feudal peasants, with political allegiance to local landlords, into Italians by introducing conscription, for up to seven years, into the army. They failed in their attempts to replace local traditional allegiances but did succeed in increasing the flow of immigration to America. 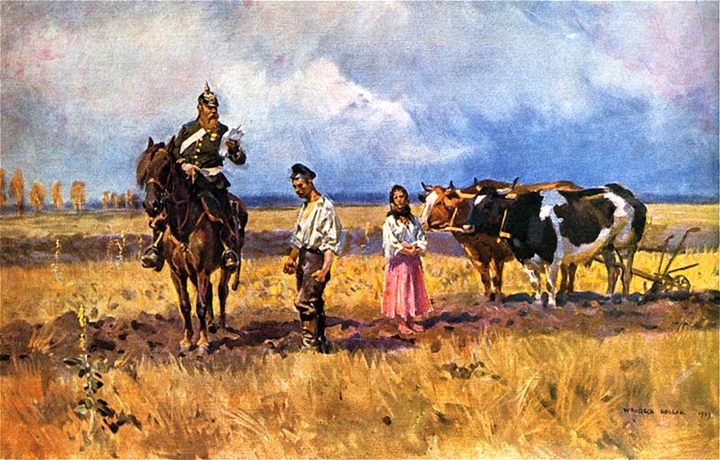 There were also Poles. Between 1870 and 1914, over 3 million Poles left their homeland with hopes of a better life. The first wave of emigrants were from the Prussian Partition of the Polish homeland. Under Kaiser Wilhelm II’s regime, Poles endured Otto Von Bismarck’s Kulturkampf of 1871-1878, a systematic campaign of religious persecution aimed at Catholics. Anti-Polish Bismarck referred to Poles as “foes of the empire” and was determined to suppress Polish ethnicity and religion. Within the newly unified German state, they were subjected to forcible deportation or forced Germanization programmes.

After 1900, Polish emigrants from the Austrian and Russian Partitions began to outnumber the Prussian Poles leaving for America. In the Russian Partition, the contributing factors were a backward feudal economy led often led to food shortages and famine and the suppression of the Polish language and Polish culture by the Tsar’s goverment. In the Austrian Partition, it was a population boom combined with a shortage arable land, a low level of industrial production and the lack of economic opportunities that it entailed.

The size of the late 19th century wave of emigration can be seen in the USA’s Census figures. In 1870, 40,000 Poles lived in the USA. By 1900, nearly 670,000 people reported having both parents born in Poland and roughly 1,400,000 persons reported having one parent born in Poland Today, there are an estimated ten million Polish-Americans. More immigration followed the Russian occupation of Poland after World War II, and according to the 2000 USA Census 667,415 persons reported that Polish is a language spoken in their US homes. 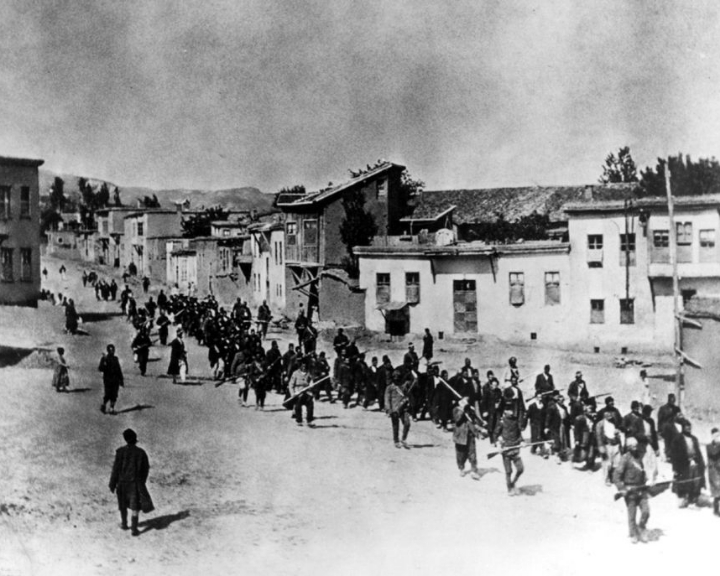 There was also wave of Armenians arriving in the USA, from Armenia and Turkey, in the late 19th century and early 20th century. They were fleeing mass executions and deportations, within the oppressive Ottoman Empire, notably after the infamous Hamidian Massacres of 1894–96, and during the Armenian Genocide from 1915-19.

The Immigration Acts of the 1920s

Between 1880 and 1920, Some American citizens and political organizations began to lobby the government for a limitation on immigration, claiming that economic conditions weren’t favourable for absorbing migrants into the workforce. Others voiced national security concerns that foreign anarchists and radicals could deliberately migrate to the USA and undermine American way of life and representative democracy, and attempt an uprising like the Bolshevik Revolution.

The government bowed to the pressure and introduced the Emergency Quota Act (1921) and Johnson-Reed Act (1924) and an immigration quota system.In 1921, the Emergency Quota Act introduced a quota system that gave preference to northern and western Europeans. The Immigration Act of 1924, known as the Johnson-Reed Act, refined the quota system. The new quota system provided visas to only two percent of the total number of people of each nationality, resident in the USA as of the 1890 census. It also, completely excluded immigration from all of Asia.

Ellis Island – The End of the Immigrant Processing Station

In the first year after the 1924 law passed, the number of immigrants dropped by almost half, from around 360,000 to 165,000. Ellis Island, the USA’s largest immigrant processing centre, had no need to assess or detain most of those in the reduced quota. They already had been given visas. Meanwhile, xenophobics, fuelled by fear of anarchists and revolutionaries, pushed for the mass deportation of some foreign-born residents, andEllis Island became more of a holding centre for “undesirable” aliens awaiting deportation than a migrant assessment centre. As new immigration facilities were developed at ports through the USA, the island became a military installation, at the start of America’s involvement in World War II and was finally closed in 1954.

Ellis Island – How to get there

The ferry for Ellis Island, is operated by Statue Cruises, and they have departures points at Battery Park, NYC and Liberty State Park, New Jersey. The ferry fare includes admission to both the Statue of Liberty, on Liberty Island and Ellis Island. The ferries depart from Battery Park, at the southern tip of Manhattan, and Liberty State Park in Jersey City, New Jersey, 7 days a week, from around 9:30am to 5:00pm.

To get to Battery Park, Manhattan by Public Transport

To get to Liberty State Park from Jersey City, New Jersey by Public Transport

By bus, take the Central Avenue bus from the A3 platform at Journal Square Bus Terminal in Jersey City to Liberty State Park.